Endless Space 2 is the most disappointing game I’ve played in years. Not the most disappointing ever, that dubious honor was claimed by Rome II: Total War, or perhaps Command&Conquer: Red Alert 3? I am pretty sure SimCity is also a strong contender… Suffice to say there are a lot of games that had caused me no small amount of anguish, but Endless Space 2 is the most recent, and the one that sticks in my head the most.

For some context, the first Endless Space was a 4x (eXplore, eXpend, eXploit and eXterminate) released in the dreary year of 2012. At the time 4x games were few and far between, the genre having fallen out of favor with large publishers as the industry shifted more towards FPS and sandboxes to cater to larger demographics. 4x after all, has always been a niche genre, one which grew smaller in comparison as the explosion of gaming brought more players into the market.

That said, Amplitude Studios, the developers of Endless Space, saw an opportunity to cater to that neglected niche. Their debut title, appropriately titled Endless Space, brought them much acclaim and sold well. Well enough in fact that the studio was able to develop more titles set in the fictional universe of said game. 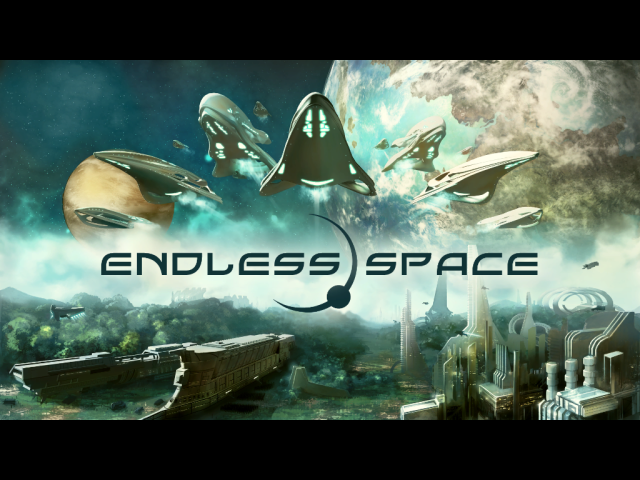 There is no need to be starry eyed about the first Endless Space game. It was quite a simplistic 4x game with rudimentary combat system, bare bones ship design and very basic empire management elements. It was also limited in scope, its generated universe felt quite small. That said it had many redeeming qualities. It managed to create a unique universe whose setting genuinely intrigued me and which made me want to play more to explore and find relics and clues about its past. Graphically, the game was stunning. Not only did the environment look great, but the artwork employed throughout the game for events was nothing less than stunning, something which would become the studio’s defining hallmark. Each of the factions had a distinct look and feel to them that made them stand out. Sound wise, the game had great music and ambient sound. Whatever deficiencies the game had in its core gameplay, it more than made up in its looks and sound.

For those wondering, the setting of Endless Space and the universe it spawned is the downfall of the Endless, a precursor civilization which colonized the galaxy first. It created many technological wonders including Dust, a resource in the game that is one part currency, one part nano machines (Hideo Kojima’s favorite word) and two parts magic. However, the Endless civilization came to an abrupt end of its own design, as a civil war between two factions tore its empire apart and brought doom to the entire race. The player assumes the reins of one of the subsequent races which reached space faring capability and must walk in the footsteps of the Endless.

That said, Endless Space may have been a hit in 2012, but since then much had changed in the gaming landscape. The explosion of Steam, Kickstarter and other platforms led to a second renaissance for genres that had long been forgotten by the large publishers. Smaller publishers, unable or unwilling to compete with the likes of Electronic Arts, Ubisoft and Activision Blizzard seized on the opportunity and brought to the fore some of these new games. With remasters growing popular, older properties saw a resumed interest and even a revival, with studios developing sequels (for better or worse). One of the main beneficiaries of these developments was the 4x genre.

The true game changer for the 4x genre would come at 2016, when Paradox Interactive would throw its hat in the ring. For those unfamiliar with the developer\publisher, Paradox Games is a company best known for its grand strategy titles. I myself must profess to be a big fan and customer of the company, having bought and played many of its games such as Europa Universalis IV, Hearts of Iron IV, Crusader Kings II and Victoria II. However, the company’s forte has always been in creating historically accurate games which translate the period they depict through complex mechanics, often iterated upon with DLC and expansion over the course of years. No one knew what to expect of their foray into true 4x territory.

The result would be Stellaris, a game so addictive as to be worrisome. It had a greater scope, more events and allowed for greater faction customization. That said it also had a very basic combat system though it did allow for static defenses and its ship design element was also lacking. Yet, when it came to empire management and colonization, it had a much more robust system than Endless Space. The other advantage the game held over its competition was Paradox Interactive’s continued support. Like many of their other in-house products, Paradox Games continued developing and releasing content for the game, slowly populating it with menacing leviathans, mega structures such as Dyson spheres and even re-working its entire faster than light system to deepen its strategic element while also further fleshing combat.

Thus, as time went by, Stellaris got even better. Any game hoping to compete with it had to overcome a huge hurdle. Sadly, Endless Space 2 was not up to the challenge. To be frank, I didn’t even hear about Endless Space 2 until a cursory glance in the Steam store as I waited for the newest expansion for Stellaris to hit shelves. That is not a good sign, considering I am pretty much the target demographic. In the end I did get a copy of the game from a friend and loaded it up, and the result was mixed feelings and a sense of missed opportunity.

By all accounts, Endless Space 2 was just more Endless Space. A lot had been refined and polished, with a few tweaks and additions but remaining overall unchanged from the original. Combat remained shallow, ship design received only an incremental improvement and the scope was virtually unchanged. System and empire managements did not progress at all and were kept as token only. On the other hand, the story elements had been further developed, with factions receiving unique quest lines to follow. The artwork was stunning and overall graphics had been brought up a notch. The soundtrack itself was so good that I actually bought it, something I have never done before.

But I wasn’t having fun. The more I played of the game, the more a certain clip started playing in my head. Any Red Letter Media fan who watched their review of the Pixels movie would be familiar with it. In it, Adam Sandler repeats the line “I haven’t progressed”. That was the feeling I got from the game. Scrape off the fancy facade and all I was left was an Endless Space n+1. Perhaps that was good enough for the casual player or die hard fan, but for me, it felt almost insulting. I expected more from a sequel but felt I’ve gotten instead an expansion pack. Had I bought this full price, I’d have demanded a refund.

The revelation itself shocked me. No matter how many times I tried to get into the game, after a couple of hours I’d quickly give up and play some other game. When Stellaris:Apocalypse rolled into stores I had already abandoned the game, uninstalling it.

When I first sat down to write the article I had a clear goal of just savaging Endless Space 2 and comparing it to Stellaris which I hold as a better game in almost every aspect. However as I delved into the writing, a strange realization came over me. Objectively, Endless Space was never a great game. As described in the opening paragraphs, it was a very basic 4x game released in a time that such games were a rarity, especially as polished as it was. Perhaps I let those memories taint my view and create unreasonable expectations for its sequel, which as I pointed before, came out at in a very different climate. Perhaps what I saw as a good game was merely adequate. Perhaps what I view as mediocre is quite in line with the overall series.

Following this line of thought, I decided to try and rate both the first and second Endless Space games. The result was a 6/10 and 7/10 respectably. Not terrible scores, but not great either. Both games fall into the spectrum of good, just above mediocre.

Thus its not hard to see why Endless Space 2 disappointed me so much when taking all of this into account. I expected something from the series that it never had an intention of supplying. I wanted another Stellaris set in the Endless Space universe, something Amplitude Studios couldn’t, and never intended to, make. I forced my own wishes on the game and when they were left unfulfilled I came to blame the game rather than myself.

Endless Space 2 is the most disappointing game I’ve played in years not because it was bad, but because of my own expectations. I thought Amplitude Studios would build on the success of the first game and make a sequel that would expand on every metric. Instead, they chose a safer route that was more in line with what their fans expected. It was my mistake to believe they’d take a riskier route. Perhaps they know their customers better, perhaps they are just following the trend in gaming of safe, familiar design. Perhaps, Endless Space was never really meant to be anything more than “My First 4X Game”.

Salivan Harddin has been writing about EVE Online since 2013, covering battles from Cobalt Edge to Period Basis and some of the biggest wars ever fought in the game. View all posts by Salivan Harddin